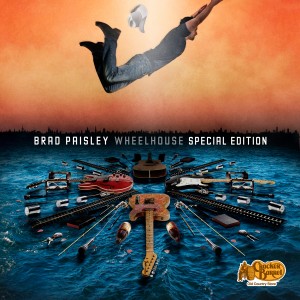 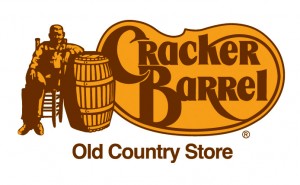 SANTA MONICA, Calif. (Jan. 09, 2013) — Current GRAMMY® nominees the Black Keys, FUN., Mumford & Sons, Rihanna, and Taylor Swift are the first performers announced for the 55th Annual GRAMMY Awards® telecast. Two-time GRAMMY winnerLL COOL J returns as host of Music’s Biggest Night®. The Black Keys and FUN. will perform on the GRAMMY telecast for the first time, while Mumford & Sons, Rihanna and Swift are returning to the GRAMMY stage. The music industry’s premier event will take place live on Sunday, Feb. 10, at STAPLES Center in Los Angeles and will be broadcast in high-definition TV and 5.1 surround sound on the CBS Television Network  from 8 – 11:30 p.m. (ET/PT). The show also will be supported on radio worldwide via Dial Global, and covered online at GRAMMY.com and CBS.com, and on YouTube. Additional performers, presenters and special segments will be announced soon. For GRAMMY coverage, updates and breaking news, please visit The Recording Academy®‘s social networks on Twitter and Facebook.

FUN. and Mumford & Sons are two of six artists this year who lead with six nominations each. FUN. are up for Record Of The Year, Song Of The Year, and Best Pop Duo/Group Performance for “We Are Young” (Featuring Janelle Monáe); Album Of The Year and Best Pop Vocal Album for Some Nights; and Best New Artist. Mumford & Sons are nominated for Album Of The Year and Best Americana Album for Babel; Best Rock Performance and Best Rock Song for “I Will Wait”; Best Song Written For Visual Media for “Learn Me Right” (FromBrave); and Best Long Form Music Video for Big Easy Express.

Two-time GRAMMY winners The Black Keys have five nominations: Album Of The Year and Best Rock Album for El Camino; and Record Of The Year, Best Rock Performance and Best Rock Song (along with Brian Burton) for “Lonely Boy.” (Additionally, group member Dan Auerbach is nominated for Producer Of The Year Non Classical.)

Five-time GRAMMY winner Rihanna and six-time GRAMMY winner Taylor Swift each have three nominations. Rihanna is up for Best Pop Solo Performance for “Where Have You Been,” Best Rap/Sung Collaboration (Featuring Jay-Z) for “Talk That Talk,” and Best Short Form Music Video (Featuring Calvin Harris) for “We Found Love.” Swift is nominated in Record Of The Year for “We Are Never Ever Getting Back Together,” and Best Country Duo/Group Performance (with The Civil Wars) and Best Song Written For Visual Media (along with T Bone Burnett and the Civil Wars) for “Safe & Sound” (from The Hunger Games).

The 55th Annual GRAMMY Awards are produced by AEG Ehrlich Ventures for The Recording Academy. Ken Ehrlich is executive producer, Louis J. Horvitz is director, and David Wild and Ken Ehrlich are the writers.

Established in 1957, The Recording Academy is an organization of musicians, songwriters, producers, engineers and recording professionals that is dedicated to improving the cultural condition and quality of life for music and its makers. Internationally known for the GRAMMY Awards — the preeminent peer-recognized award for musical excellence and the most credible brand in music — The Recording Academy is responsible for groundbreaking professional development, cultural enrichment, advocacy, education and human services programs. The Academy continues to focus on its mission of recognizing musical excellence, advocating for the well-being of music makers and ensuring music remains an indelible part of our culture. For more information about The Academy, please visit www.grammy.com. For breaking news and exclusive content, follow @TheGRAMMYs on Twitter, like “The GRAMMYs” on Facebook, and join The GRAMMYs’ social communities on Foursquare, GetGlue, Google +, Instagram, Pinterest, Tumblr, and YouTube.