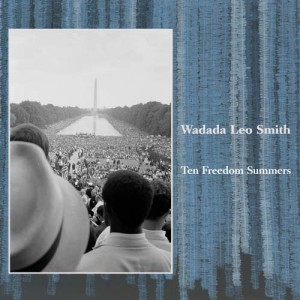 Review = Wadada Leo Smith initially recorded in the late 1960s with the likes of the Art Ensemble of Chicago, Muhal Richard Abrams, Anthony Braxton, and other musicians associated with the Association for the Advancement of Creative Music (AACM).  He has participated in more than a hundred recording sessions and has released over twenty albums as leader.  Yet despite his decades of activity, the number of his recordings, and the awards he has won, including a Guggenheim, Smith is not widely known, possibly because his music is generally considered avant-garde, a mode that attracts few listeners.  Ten Freedom Summers (2011) has increased his visibility.  A four-CD set, it has been much touted in the jazz press. Largely as a result of this release, Musica Jazz (Milan) designated Smith the 2012 international jazz musician of the year. 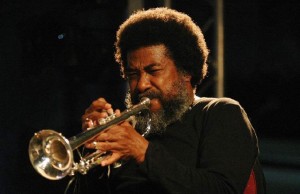 Ellington’s Black, Brown, and Beige and Max Roach’s Freedom Now Suite.  I think Wynton Marsalis’s Blood on the Field is the best comparison.  Usually considered a jazz oratorio, Marsalis’s work, which focuses on the lives of two slaves, lasts for over three hours.  Presumably offering musical interpretations or depictions of key events in the history of civil rights in the United States, Smith’s composition requires almost five hours to perform.  (Its premiere in Los Angeles was spread over three evenings; recording it took three days.)  In both pieces, writing is more important than soloing, though musicians improvise on both.  Despite probably being technically ineligible for the award, Blood on the Field won the 1997 Pulitzer Prize for Music; a finalist for the 2013 Pulitzer, Ten Freedom Summers did not win the award. Yet it strikes me as more listenable and possibly more ambitious, though less jazzy, than Marsalis’s work.  Divided into nineteen sections—each a discrete piece–Smith’s composition is performed by two groups:  Southwest Chamber Music, a nonet conducted by Jeff von der Schmidt, and the Golden Quartet/Quintet (trumpet plus rhythm section, with a second drummer sometimes added), though members of the latter occasionally play with the chamber group.

Smith focuses mainly on events that occurred during the decade following the 1954 Supreme Court decision Brown v. Board of Education, but does not limit himself to this period: He ranges chronologically from Dred Scott v. Sandford (1857) to the 2001 terrorist attacks on the United States.  Among the selections are “Emmett Till: Defiant, Fearless,” “Rosa Parks and the Montgomery Bus Boycott, 381 Days,” and “Martin Luther King, Jr.: Memphis, the Prophecy.”  Smith advises that “none of these pieces are meant to simply be listened to.”  Matthew Sumera, who wrote the notes to the CDs, interprets Smith’s comment as meaning that this music “is not intended for disinterested listening—it is a demand to America to fulfill its democratic promise.”  What does this mean?  What is America’s democratic promise? “Life, liberty, and the pursuit of happiness”? “Liberty and justice for all”?  While these are fine, noble ideals, is attaining them within the realm of possibility?  Will we know if the democratic ideal has been attained?  And precisely how does Smith’s music demand fulfillment of this promise? What kind of action does it propose? Or does the nature of the action matter?  Neither while listening to the music nor when pondering it later did I feel inspired to become a social activist or to assist people less fortunate than I more than I do already.  Though I support everyone’s civil rights and at one time belonged to groups that also do, and though I am frequently moved by music, I am unmoved by the supposed call of Ten Freedom Summers for political action, probably because I do not comprehend such a call. Does this mean that Smith’s music has failed?  Does it mean that I have not listened to it as I should?  Both?  Does Sumera interpret Smith’s words correctly? 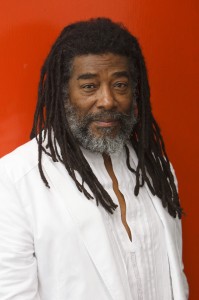 Smith explains his goal in other terms: “In composing Ten Freedom Summers, I tried to achieve a creative expression through music of the psychological impact of the Civil Rights movement on American society.” This statement—as much aesthetic as political–is different from demanding fulfillment of the democratic ideal. Though Smith correctly observes that the civil rights movement affected the America psyche profoundly—could anyone disagree?–I cannot say that this music reminds me of the civil rights movement generally or of any of its events, even though I recall many of the events vividly because I was sympathetic to the cause as an adult the 1960s. Yet the composer characterizes his ultimate goal as “creative expression.” Without question, he expresses himself creatively; but after listening to this music I perceive no connection between it and the civil rights movement or the movement’s impact on American society.  Two selections illustrate the nature of his work.

“Black Church” surprises.  I would characterize this piece played entirely by the Southwest Chamber Music string section as intellectual rather than emotional, though it is not without feeling.  It is, as the name of the group indicates, chamber music. Totally absent from it is even a hint of raucousness, of foot stomping, of passion, of letting loose.  The church depicted here is not sanctified.  Instead, this selection apparently portrays a church that is subdued, reflective, and dignified, a place where a tambourine is not played.  In popular culture, this schism between the unrestrained and the sedate black church is central to the plot of the movie St. Louis Blues(1958), for example. So what does Smith intend to suggest about the black church?  Might he mean that there are many kinds of churches patronized by blacks and that in “Black Church” he characterizes one that values somberness and quiet reverence, one that is more passive than active? Does he imply that, to him, at least some black churches favor, say, Thomas A. Dorsey’s “Take My Hand, Precious Lord” or even Samuel Coleridge-Taylor’s cantata “The Atonement” rather than Edwin Hawkins’s “Oh, Happy Day”?  I do not understand how this piece constitutes a call to political action, nor do I see how it reflects “the psychological impact of the Civil Rights movement.”  Attractive music?  Yes.  Political music inspired by an institution or a historical event?  Not that I can tell.

“The Freedom Riders Ride” also surprises, but not to the degree that “Black Church” does.  Knowing the title and that freedom riders, black and white, rode interstate buses in 1961 to challenge Jim Crow laws in the South, one can imagine historical events while listening to it.  About half this piece performed by the Golden Quartet is tranquil, especially for four minutes at the beginning.  Does this seeming serenity suggest the activists’ mood at the start of the ride? I would expect these people to have been tense, even afraid. Do the somewhat hectic final four minutes represent confrontations between the riders and their adversaries, including beatings?  How is one to know?  Does knowing matter?  As with “Black Church,” “The Freedom Riders Ride” does not move me to political action; without knowing what this piece is about, I would not have been able to identify the event the composer intended to commemorate, to sense that it concerns any aspect of civil rights, or to think that it has to do with anything at all.

If one listened to Ten Freedom Summers ignorant of its political context, it would please on a strictly musical level.  It may be enjoyed in the same manner as A Love Supreme and Black, Brown, and Beige when the listener is unaware that Coltrane’s performance reflects his spiritual questing and that Ellington intended his composition to suggest aspects of blacks’ history in the United States. Response to Freedom Now Suite is necessarily different from that to these two pieces, though, because its beauty and meaning are inextricable, and the message is obvious because of the screaming of Abbey Lincoln and the words she sings. On a strictly musical level, I, unlike the Pulitzer committee, find Blood on the Field ponderous, all but unlistenable; it strikes me as an example of a political message explaining and conceivably redeeming uninspired music, of politics trumping aesthetics.  Despite Smith’s comments about Ten Freedom Summers and Matthew Sumera’s explanation of them, this work may be enjoyed, as I appreciate it, as a composition of various parts mainly in the classical mode.  If listeners find a correlation between it and extra-musical events, fine; if not, then also fine. Smith writes attractive music that at least in this case does not warrant the term avant-garde.  It might not even warrant the term jazz, as traditionally defined, because it lacks such elements as a driving rhythm section, backbeats, soloists’ interplay, blues feeling, and so forth.  What matters is the music, not the label attached to it.  The music speaks for itself. Trust it, not the words of its creator or his interpreter.