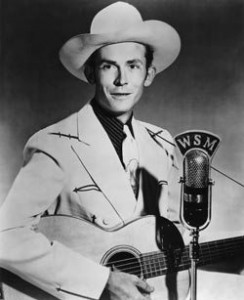 Williams moved to Georgiana, where he met a black street performer named Rufus Payne who gave him guitar lessons in exchange for meals or money. Payne had a major influence on Williams’ later musical style, along with Roy Acuff and Ernest Tubb. During this time, Williams informally changed his name to Hank, believing it to be a better name for country music. We would assume that Hank did it right as Hank Williams became a name not only known throughout the country music community but the entire world as we know it. Hank stamped his Country music songs into the hearts of millions of Country music fans. Entertainers from all genres of music know that Hank Williams Sr. is an iconic historical figure in music and his legendary status forever will be remembered.

Grab your coffee, sit back, push play & enjoy this Music Charts Magazine® radio special with our very own Big Al Weekley remembering “The Life of Hank”.

“Music Charts Magazine® considers Hank Williams Sr. to be one of the most influential American singers of the 1900’s”. Even after his death (posthumous) Hank had 5 songs hit the Top 10 on the Billboard Country & Western Best Sellers chart. 35 Singles, 11 number 1 Hits, and some of the most intriguing foot stompin’ music you will ever hear.