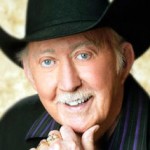 Tagged Cash Box Magazine Archives, CashBox - Billboard & Music Charts Magazine, Greene was a long time member of the Grand Ole Opry, In 1970, Jack gained a duet and a touring partner in Jeannie Seely. Together they had three Country hits including Wish I Didn't Have To Miss You, Jack Green - Music Charts Magazine, Music Charts Magazine Obituaries, Nicknamed the "Jolly Greene Giant" due to his height and deep voice, which reached #2 on the charts and became Greene's last top ten hit.[
PR Newswire