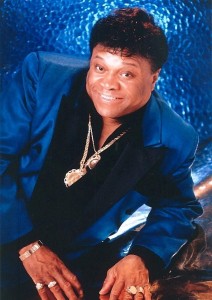 Music Charts Magazine® is proud to bring to you this interview with the legendary singer Sonny Turner.

“Most of the world at some point or another has heard Sonny Turner sing on the radio.  When Sonny tells you he is Still Singin’ & Swingin’, he means it.  I believe Sonny Turner has more electricity flowing through him than Niagara Falls can produce.  This man is a full on steamship full of love, fun & a joy for singing.  We are proud to know this music legend Sonny Turner and call him a friend.”  ~ Music Charts Magazine®

Sonny Turner was born September 24, 1939 in Fairmont, West Virginia.  He is the singer best known for replacing Tony Williams as lead singer of The Platters.

The Platters (Sonny Turner) – The Platters were one of the most successful vocal groups of the early rock and roll era.  The group had 40 charting singles on the Billboard Hot 100 chart between 1955 and 1967, including four no. 1 hits.

In late 1959, Sonny Turner replaced Tony Williams as the lead singer of the original Platters. Chosen out of 100 singers who auditioned, Sonny at the young age of 19, toured the world with “The Platters” bringing their music to people of all nations.

Sonny brought The Platters back to the pop charts in the 1960’s with such hits as “I Love You 1000 Times”, “With This Ring” and “Washed Ashore”; as well as re-recording major Platters hits like “Only You”, “The Great Pretender” and “The Magic Touch.” You can hear Sonny’s voice in various movies such as “The Nutty Professor II” starring Eddie Murphy, “Hearts in Atlantis” starring Anthony Hopkins, and “Prince of the City” starring Robert DeNiro.

There is only one surviving member of The Platters still alive today that can be heard on the hundreds of recordings and hit records that made The Platters one of the most successful vocal groups of all time, and that is Sonny Turner. Sonny remained with The Platters from late 1959 until 1970 when he left to pursue a solo career.

In 2005, Mr. Turner received The Lifetime Excellence in Entertainment presented to him by consumer’s entertainment exchange and Doo Wop Hall of Fame.

In 2009 at Wildwood New Jersey, Sonny Turner was inducted to the Pacific Avenue of the Stars and in 2008 received The Gateway Classic Lifetime Achievement Award. He received the Black Music Award in 2007. Also Sonny has been inducted into the Beach Music Hall of Fame and Vocal Group Hall of Fame. He is recognized by the Rock n Roll Hall of Fame in his home town Cleveland, Ohio. Sonny was instrumental in getting the truth in music laws passed in the state of Nevada and North Dakota.

In 2013, Sonny’s home state, The State of West Virginia and Senator A James Manchin, honored Sonny with a plaque, and enducted him into the Hall of Fame.

Today Sonny continues to perform all over the world…