Scotland’s The View Sign With 429 Records; New Album “Cheeky For A Reason” Set For Release February 19

“A charismatic, catchy and rabble-rousing collection of the kind of three-chord, spit ‘n’ sawdust thrashers this band excels at.” The Times (London)

SANTA MONICA, Calif., Nov. 28, 2012 /PRNewswire/ — The View, Scotland’s irrepressible purveyors of propulsive indie rock are gearing up for the U.S. release of “CHEEKY FOR A REASON,” their 429 Records debut.  It’s the band’s fourth album for the Mercury Prize nominees (garnered for their #1 debut album, “Hats Off To The Buskers”).  Fascinatingly described by frontman Kyle Falconer as “Fleetwood Mac’s ‘Rumours’ done by The Clash,” “CHEEKY FOR A REASON” was recorded at Liverpool’s Motor Museum Studios with producer Mike Crossey (Arctic Monkeys, Razorlight, Foals).  Along with Kyle Falconer (vocals, guitar) the band includes Kieren Webster (bass), Peter Reilly (guitar) and Steve Morrison (drums).    “CHEEKY FOR A REASON returned the band to the Top 10 on the UK charts earlier this year plus the first single was the #1 download upon its release.  The hometown heroes recently won the Sunday Mail/Great Scots Music Award for the success of the band within the past year.  “CHEEKY FOR A REASON” will be available everywhere on 429 Records on February 19 th. 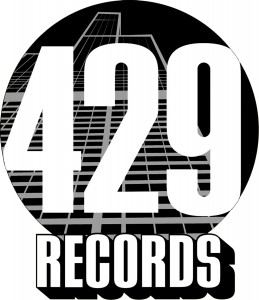 Formed in 2005 and quickly reaching the top of the UK charts with their 2007 debut, The View have embraced the all too rare concept of a band wired to perform their brand of rock and roll on an entirely thrilling, instinctual, nonconformist level.  Says Falconer on the songwriting process: “When I’m smashed and when it’s whatever comes into my head. If I’m thinking about it—that’s when it goes to shite.” It’s a simple formula to keep their fans energized by the adrenaline-fueled songs.  Released in the UK earlier this year to ecstatic reviews, the album’s twelve new self-penned songs are infused with fire, passion, soul and joy. Says Barry Nicolson in NME this year: “It’s crisp, clean enunciated and an immeasurably better fit. At least now they can justifiably claim their creative fire is kindling once again.”

The View will be revisiting the U.S. for a spring tour and SXSW—dates TBS.