Music Charts Magazine® proudly presents an audio interview with “Lizzie Sider”. LIZZIE SIDER CONTINUES ANTI-BULLYING MESSAGE WITH “NO ONE HAS THE POWER TO RUIN YOUR DAY” FLORIDA SCHOOL TOUR 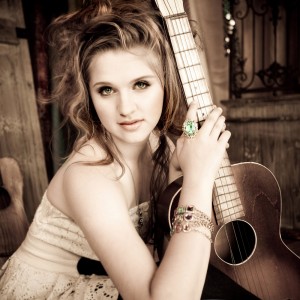 Boca Raton, FL (January 27, 2014) -- LIZZIE SIDER, 15-year old emerging Country artist, is continuing her tour of elementary and middle schools, by conducting her Bully Prevention Assembly at over 100 schools during January, February and March of 2014, throughout the entire State of Florida. The tour continues after a successful weekend in Nashville, where Sider performed the national anthem at the Nashville Predators game before taking the stage at the historic Bluebird Café. "Bullying doesn't just happen in October during Bullying Prevention Awareness Month, it happens all year," says Lizzie Sider. "As someone who understands what it is like to be bullied, I am on a mission to help anyone who doesn't think anyone will listen."

During the 30 to 40-minute assembly, Sider will encourage kids to help prevent bullying as she recounts her own 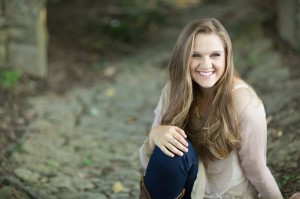 personal journey as a young student being teased and ridiculed in elementary school, what it felt like, and how she tried to deal with it. In addition, Lizzie discusses the importance of everyone standing up to stop bullying. She will also perform her original song "Butterfly," which Sider co-wrote about her experience and how she overcame the teasing. Her goal is to help kids as a positive role model, having risen above her own ridicule, to pursue a career in music.

As a spokesperson for PACER's National Bullying Prevention Center, which was launched by PACER in 2006, Sider has already visited over 80 schools in California before starting her school tour in Florida.

Sider appeared on The Queen Latifah Show, has been interviewed by Access Hollywood, Billboard, Hallmark's Home & Family show, TIME for Kids, Nashville's Crook & Chase, and was named by the Country Music Association as an "Artist to Watch in 2013." Lizzie, who splits her time between Boca Raton, FL and Nashville, TN, recently participated in her first CMA Music Fest week with her own booth and with a live performance at the famed country music venue, the Wildhorse Saloon. Both "Butterfly" and her follow-up single, "I Love You That Much," charted in the Top 40 on MusicRow. The video for "I Love You That Much" was directed by award-winning Steven Goldmann, whose past credits include Alan Jackson, Martina McBride and Shania Twain. Sider is currently working on her first full-length studio album for release in 2014.

Keep up with Lizzie Sider via her social sites: