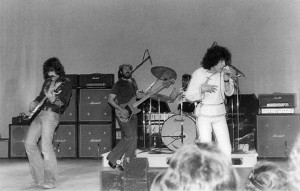 Nazareth are a Scottish hard rock band, founded in 1968, that had several hits in the United Kingdom in the early 1970s, and established an international audience with their 1975 album Hair of the Dog. Their best-known hit single was a cover of the ballad “Love Hurts”, in 1975.

“When this lot hit the stage, sparks are gonna fly!” 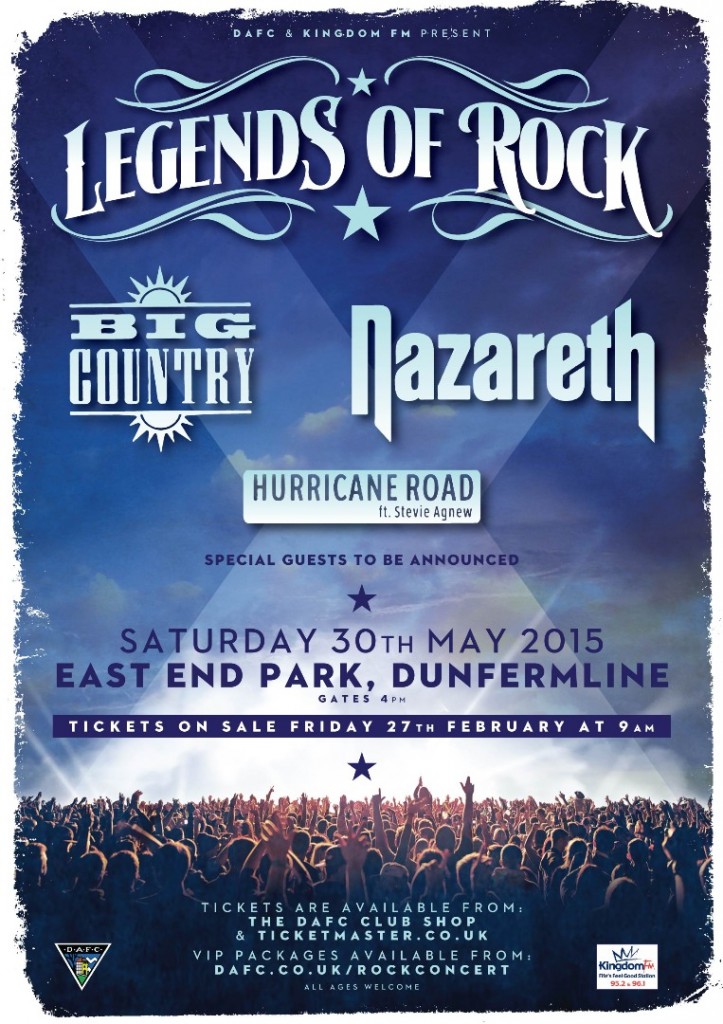 At their peak, Nazareth were huge, selling vast quantities of albums and hit singles, pulling in enormous crowds to their shows all over the world.

Like all the best bands, Nazareth came from humble roots. They formed in Dunfermline, Scotland, and played the Scottish clubs throughout the 1960’s in their original incarnation as the Shadettes. The name change to Nazareth came in 1970 and in 1971 the band moved to London to start what was to become a long and illustrious recording career.

Even with the passage of time and line-up changes, Nazareth are routinely hailed as that rare thing – pioneers who became legends in their own lifetimes.

Since Dan McCafferty’s retirement in 2013 due to ill health the band had searched for a new singer and briefly appointed a local man from their hometown (Linton Osborne) to the role but this didn’t work out to everyone’s satisfaction so, after eight months the search was back on.

Then they found Carl.

Pete Agnew says “We had been looking at Carl from afar for some time and very much liked what we saw and heard so we asked him to come and sing a couple of songs with us in the studio. He came in and completely blew us away in the space of half a song and was offered and accepted the job right there and then.”

Carl is currently touring with Don Airey (Deep Purple) & Friends and takes up singing duties with Nazareth in April.

As that witness to Carl’s audition said – “When this lot hit the stage, sparks are gonna fly!”.