Check out this Music Charts Magazine® “NEW DISCOVERY” Interview with “RJ Galloway” and be prepared to be excited knowing there is still 100% awesome music out there that you still have not heard.

After you listen to this great radio interview pasted below of “RJ Galloway” we are sure you will be glad you found this “New Discovery” and his song “I’m Over You” to add to your music playlist.

We will continue to search for great new music to listen to and share with you.

Music Charts Magazine’s Scott Moore pointed out Mr. RJ Galloway’s talent a few month’s ago and we finally got around to getting RJ on the phone with Big Al Weekley for an interview.  After hearing the song “I’m Over You” it was a done deal.

Now and then you hear a song that sticks with you.  “I’m Over You” is a song that is ever so simple yet powerful, soft and strong with a mesmerizing quality.  You can feel RJ’s heart.

It’s funny how a short song can cover and say so much.  Songs like this make all of us reminisce of a past relationships, moments with one you loved or maybe still love.  Also, A time when we are alone.  I think songs like “I’m Over You” can play a role in coping and healing for people that fit the shoes of one moving on and also those who still have not yet moved beyond the past.  Be sure to listen to “I’m Over You” at the end of the interview.  It’s a beautiful song.

Music Charts Magazine’s team searches through dozens of music artist(s) every single day on various social networks as well as sift through the many emails we receive from artist(s) wanting to get their music noticed. Out of all these artist(s) there is only one chosen to fill the monthly New Discovery slot. This month RJ Galloway is that chosen artist.

Listen to this interview with RJ Galloway and his song I’m Over You at the end of the interview.

Ask your radio station to hear RJ Galloway’s song “I’m Over You”. – It’s a great tune!

Who is RJ Galloway? 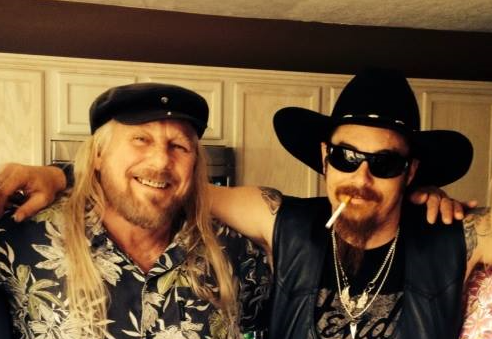 Music Charts Magazine® sent Whey’s first batch of songs to radio and syndicated radio shows such as Fred’s 70 FM stations playing “Fred’s Country” out of the country of France who played it and thoroughly enjoyed as did the listening audience. Music Charts Magazine® is proud to bring you this September’s New Discovery RJ Galloway and here RJ is in this wonderful picture on the (left) standing beside Waylon Jennings’s look alike prodigy grandson Whey Jennings on the (right).

Recently moved from Nashville, TN to an island off the coast of SC.

RJ spent many years as a guitarist/front man with many different groups.  In that time he has shared the stages with many famous celebrities and super groups.

Spent a few years as a Bail Bondsman/recovery agent as his day job.

Currently recording as an independent artist with his own label and publishing company.  He is signed with Nashville mega publisher of Grand Entertainment, Joe Meador CEO/ Administrator.

Galloway is playing clubs and venues along the coast of SC and Georgia with a group of 4 musicians. The RJ Galloway Band.
His song “Walk Away” had a number one on the Independent music Network in June of 2011. The same album (If I Could) produced a number 3 song (Are You Still Lovin Me).  Three more songs off that Album that charted in the top 20 major indy markets. The Album brought 2 nominations in the Indy Awards show that year, Favorite Male Country Artist and Favorite new Artist or Group.

His latest single from the Midnight Stories Album is a piano, strings, and vocal song called (I’m Over You).

This song was done in Mark Lamberts studio in Nashville, TN.  Mark produces many greats including Leon Russell…

To find out more about RJ Galloway:

LISTEN to the “NEW DISCOVERY” Interview with RJ Galloway – HERE: 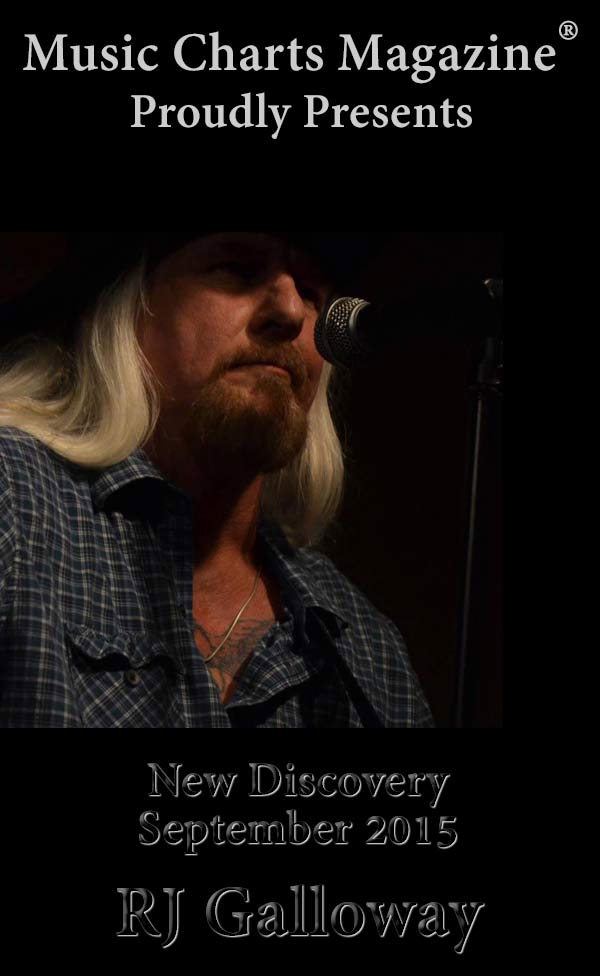