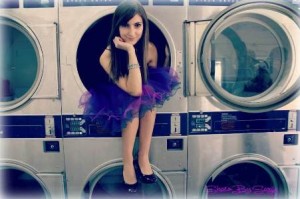 Check out this Music Charts Magazine® "NEW DISCOVERY" Interview with "Kayla Nettles" and be prepared to be excited knowing there is still 100% awesome music out there that you still have not heard.

After you listen to this great radio interview pasted below of "Kayla Nettles" we are sure you will be glad you found this "New Discovery" and Kayla's song "Drive" to add to your music playlist.

When Kayla Nettles was only nine-years-old she performed at the MGM Grand in Las Vegas, Nevada.  From that moment on she knew exactly what she wanted to do with the rest of her life.

That was the turning point, the 18-year-old Nashville country artist says.

On July 27, Nettles released her debut, Drive, with a CD launch party at the Wild Wing Café in Franklin, Tennessee. She’s proud of the amount of time and effort she spent working on the album. 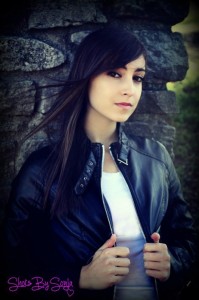 I wanted my EP to stand out from the crowd. I really took the time to pick the original songs that I believe people can relate too and have a better understanding of who I am and where I want to go as an artist.

In addition to singing, Nettles also plays guitar, piano, viola, and violin. Her influences include Taylor Swift, Georgia Strait, The Band Perry and Edens Edge. She says she tries to write music that people can relate too.

The songs on the EP are personal. I hope that they can relate to my songs and get the vibe that I’m putting down.

According to Nettles, the biggest challenge with the album was coming up with funding.

It’s a long process, she says. The funds were kind of the biggest issue. If we placed an order for a thousand CDs then it gets quite pricey.

Originally, from Titusville, Fl., Nettles moved to Waterford, Mich., when she was in the sixth grade. She got into music at an early age thanks in large part to her father’s own musical career.

Music was always a part of my life, she says. When I was three my father shared his love for music with me and would often bring me up on stage with his band.

In 2006, Nettles became the lead singer in Ripchord a rock band that toured the U.S. 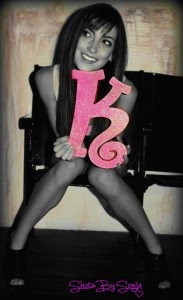 We were brought together through a music recital and really hit it off. We were all very young. The oldest member at the time was 14 years old and we were already traveling from state to state, Nettles says. In just a couple of months of becoming a band we were touring professionally, had a radio tour set up and performed in front of 30,000 people for a 4th of July event.

In 2009, she left Ripchord and moved from Michigan to Nashville in order to further pursue her music career.

Now that I’ve been here for four years, I feel like I’ve accomplished so much, she says.

Shortly after arriving in Music City, Nettles landed a job as a television host for Nashville Spotlight, a local program that helps promotes artists from across North America.

That was kind of my first job when I moved here and didn’t really know anyone, she says. One of the producers that works on the show heard me sing at a bar here in Nashville and he invited me by the studio. It was a really cool experience to meet friends and get some exposure. 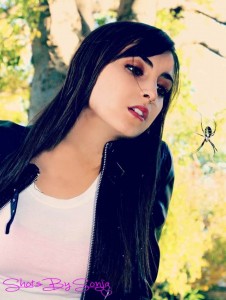 I always learn something new every lesson, she says. He is definitely an inspiration. Brett and the other vocal coaches have taken me under their wing and have given me support throughout my career.

I believe in his technique and can look back at past recordings of my voice and hear the difference in my tone, control and knowing how to put emotion in my voice, she adds.

In 2011, Nettles made it to Hollywood Week on American Idol Season 11 and says the experience was extremely beneficial for her as an artist.

Being on American Idol I’ve learned to appreciate my talent and how to connect with my audience on a more personal level when I am singing, she says. It’s a life changing experience. Words really can’t describe the sights, the sounds and the feelings that you experience. 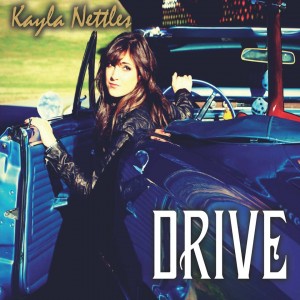 She has also spent time behind the scenes learning stage construction and worked under Jonathan Smeeton, who has set up stages for artists such as Taylor Swift, Michael Jackson, KISS and Def Leopard.

Working with Mr. Smeeton was a great experience, Nettles says. I learned about all the hard work and responsibility that goes on behind the scenes to make the artists tour run smoothly.

I really got to connect and hang out with the artists on a more personal level, she says. It’s always fun to see yourself on Country Music Television.

To find out more about Kayla Nettles: 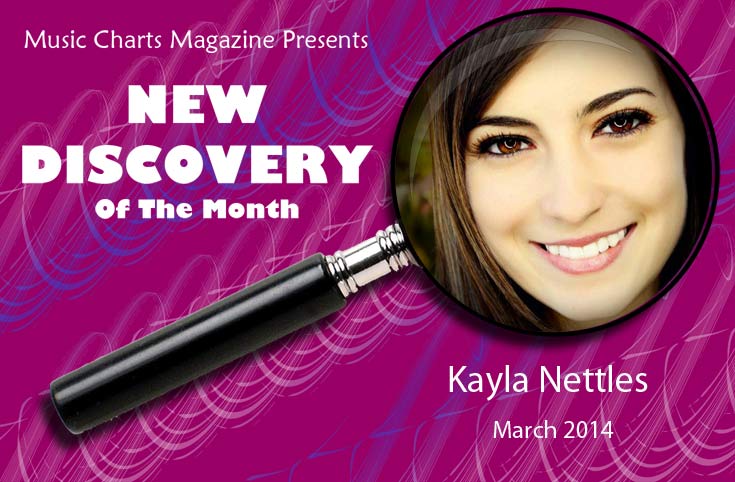 Copyright © 2012 - 2014 Music Charts Magazine, INC - All Rights Reserved. Contents of this site including text and media may not be reproduced without prior written consent. Audio and video elements of this site are property of their respective owners and are used with permission.