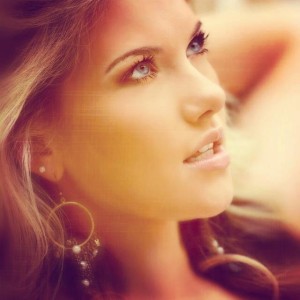 Check out this Music Charts Magazine® “NEW DISCOVERY” Interview with “Kaitlyn Baker” and be prepared to be excited knowing there is still 100% awesome music out there that you still have not heard.

After you listen to this great radio interview pasted below of “Kaitlyn Baker” we are sure you will be glad you found this “New Discovery” and her song “Burn” to add to your music playlist.

A small town girl and a big Country voice, Kaitlyn Baker leaves no disappointments when singing her new song “Burn”.  When we listened to Kaitlyn’s songs it didn’t take us long to hook her up as our monthly NEW DISCOVERY feature at Music Charts Magazine®.  We figured it won’t be long before this girl goes to the top of her game and soon we will instead be doing a Celebrity interview with her next.  Some attain talent in music from years of hard work, some never make it, Miss Kaitlyn Baker falls in to category number three – “She was born with it”.

Ask your radio station to hear Kaitlyn Baker’s song “Burn”. We give it 7 out of 5 stars!

Kaitlyn Baker was born and raised in Pound, Virginia, a small coal mining town (population 1,073) nestled in the heart of the Appalachia region with its profound and rugged beauty in its landscapes, culture, and people. At seven years old, Kaitlyn climbed on a stool in church and first sang her heart out. From that moment on, it was evident that she had a gift and was destined to sing.

By the time she had turned 14, she had completed two albums. As time went by Kaitlyn became involved in songwriting and was soon able to co-write with some of the best songwriters around, including professional songwriters in Nashville. Her songs took on a new sound and meaning, as she began to write the stories of her people, their culture and the place that held her heart. They were songs about the mountains of southwest Virginia, the dark depths of the coal mines, where her daddy and granddaddy had once worked, and spiritual songs that reflected her deep rooted belief in faith and family.

Kaitlyn was inspired at an early age to learn to play the mandolin and guitar by her grandfather, a musician who played multiple instruments. By age 15, she was making regular trips to Nashville to write, record and perform her songs. With every trip she made, she became more confident she was going to be able to accomplish her dream of becoming a performing artist. It didn’t take long for music industry professionals to take notice of her talent.

Now, at 19, Kaitlyn appears on the cusp of Country music success.

Some of the artists Kaitlyn has opened for are Billy Currington, Doug Stone, Sawyer Brown, Rhonda Vincent, Sammy Kershaw, Brett Eldredge, Josh Gracin, and the list goes on.

Whether she’s playing for local crowds at the state fair with her band, or the famous Tootsie’s in downtown Nashville, sassy, sweet and full of Southern grace, her voice captivates her audiences and she holds nothing back while performing.

To find out more about Kaitlyn Baker:

LISTEN to the “NEW DISCOVERY” Interview with Kaitlyn Baker – HERE: