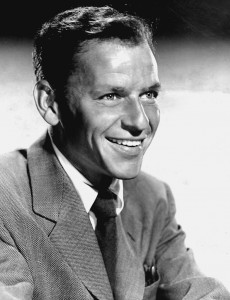 The lyrics of "My Way" tell the story of a man who, having grown old, reflects on his life as death approaches. He is comfortable with his mortality and takes responsibility for how he dealt with all the challenges of life while maintaining a respectable degree of integrity.

Paul Anka heard the original 1967 French pop song, Comme d'habitude (As Usual) performed by Claude François, while on holiday in the south of France. He flew to Paris to negotiate the rights to the song. In a 2007 interview, he said, "I thought it was a bad record, but there was something in it." He acquired publishing rights at no cost except the melody's rights kept by the authors, and, two years later, had a dinner in Florida with Frank Sinatra and "a couple of Mob guys" at which Sinatra said, "I'm quitting the business. I'm sick of it, I'm getting the hell out."

Back in New York, Anka re-wrote the original French song for Sinatra, subtly altering the melodic structure and changing the lyrics:

"At one o'clock in the morning, I sat down at an old IBM electric typewriter and said, 'If Frank were writing this, what would he say?' And I started, metaphorically, 'And now the end is near.' I read a lot of periodicals, and I noticed everything was 'my this' and 'my that'. We were in the 'me generation' and Frank became the guy for me to use to say that. I used words I would never use: 'I ate it up and spit it out.' But that's the way he talked. I used to be around steam rooms with the Rat Pack guys – they liked to talk like Mob guys, even though they would have been scared of their own shadows."

Anka finished the song at 5 am. "I called Frank up in Nevada – he was at Caesar's Palace – and said, 'I've got something really special for you.'" Anka claimed, "When my record company caught wind of it, they were very pissed that I didn't keep it for myself. I said, 'Hey, I can write it, but I'm not the guy to sing it.' It was for Frank, no one else." Despite this, Anka would later record the song in 1969 (very shortly after Sinatra's recording was released). Anka recorded it four other times as well: (1) in 1996 (as a duet with Gabriel Byrne, performed in the movie Mad Dog Time), (2) in 1998 in Spanish as (a Mi Manera) (duet with Julio Iglesias), (3) in 2007 (as a duet with Jon Bon Jovi) and in 2013 (as duet with Garou).

Frank Sinatra recorded his version of the song on December 30, 1968, and it was released in early 1969 on the album of the same name and as a single. It reached No. 27 on the Billboard Hot 100 chart and No. 2 on the Easy Listening chart in the US. In the UK, the single achieved a still unmatched record, becoming the recording with the most weeks inside the Top 40, spending 75 weeks from April 1969 to September 1971. It spent a further 49 weeks in the Top 75 but never bettered the No. 5 slot achieved upon its first chart run.