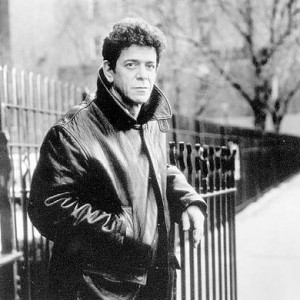 Lewis Allan “Lou” Reed (March 2, 1942 – October 27, 2013) was an American rock musician and songwriter. After being guitarist, vocalist, and principal songwriter of the Velvet Underground, his solo career spanned several decades. The Velvet Underground were a commercial failure in the late 1960s, but the group has gained a considerable cult following in the years since its demise and has gone on to become one of the most widely cited and influential bands of the era.

After his departure from the group, Reed began a solo career in 1972. He had a hit the following year with “Walk on the Wild Side”, but subsequently lacked the mainstream commercial success its chart status seemed to indicate. In 1975, Reed released a double album of feedback loops, Metal Machine Music, upon which he later commented, “No one is supposed to be able to do a thing like that and survive.” Reed was known for his distinctive deadpan voice, poetic lyrics and for pioneering and coining the term ostrich guitar.

In 1964, Reed moved to New York City and began working as an in-house songwriter for Pickwick Records. In 1964, he scored a minor hit with the single “The Ostrich,” a parody of popular dance songs of the time, which included lines such as “put your head on the floor and have somebody step on it.” His employers felt that the song had hit potential, and arranged for a band to be assembled around Reed to promote the recording. The ad hoc group, called “The Primitives,” included Welsh musician John Cale, who had recently moved to New York to study music and was playing viola in composer La Monte Young’s Theater of Eternal Music, along with Tony Conrad. Cale and Conrad were both surprised to find that for “The Ostrich,” Reed tuned each string of his guitar to the same note. This technique created a drone effect similar to their experimentation in Young’s avant-garde ensemble. Disappointed with Reed’s performance, Cale was nevertheless impressed by Reed’s early repertoire (including “Heroin”), and a partnership began to evolve.