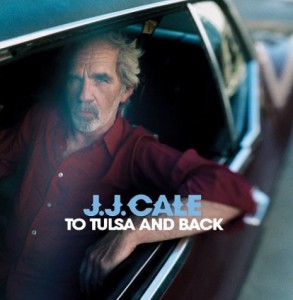 John Weldon Cale (December 5, 1938 – July 26, 2013), known as JJ Cale or J.J. Cale, was a Grammy Award-winning American singer-songwriter and musician. Cale was one of the originators of the Tulsa Sound, a loose genre drawing on blues, rockabilly, country, and jazz influences. Cale’s personal style has often been described as “laid back”.

Songs written by Cale that have been covered by other musicians include “After Midnight” and “Cocaine” by Eric Clapton, “Clyde” by Waylon Jennings and Dr. Hook, and “Call Me the Breeze” by Lynyrd Skynyrd.

Cale was born on December 5, 1938, in Oklahoma City, Oklahoma. He was raised in Tulsa, Oklahoma, and graduated from Tulsa Central High School in 1956. Along with a number of other young Tulsa musicians, Cale moved to Los Angeles in the early 1960s, where he first worked as a studio engineer. Finding little success as a recording artist, he later returned to Tulsa and was considering giving up the music business until Clapton recorded Cale’s “After Midnight” in 1970. His first album, Naturally, established his style, described by Los Angeles Times writer Richard Cromelin as a “unique hybrid of blues, folk and jazz, marked by relaxed grooves and Cale’s fluid guitar and laconic vocals. His early use of drum machines and his unconventional mixes lend a distinctive and timeless quality to his work and set him apart from the pack of Americana roots-music purists.” In 2013 Neil Young remarked that of all the musicians he had ever heard, J.J. Cale and Jimi Hendrix were the two best electric guitar players.