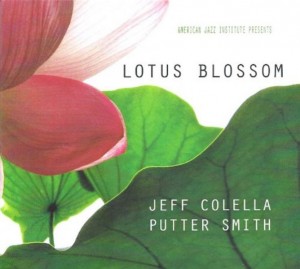 Though I cannot identify the first recorded piano-bass duet, Duke Ellington and Jimmy Blanton recorded four duets in 1940. Oscar Pettiford (later to be Ellington’s bassist) recorded two with pianist Clyde Hart in 1944, one dedicated to Blanton, though this music is not known to exist. Bassist Red Mitchell recorded two albums of duets with pianists, one with Guido Manusardi (1974) and another with Kenny Barron (1986). Bassist Ray Brown recorded three such albums, two with Jimmy Rowles in the late 1970s and, early that decade, one with Ellington titled This One’s for Blanton. Beginning with a session with Hampton Hawes in 1976, bassist Charlie Haden might have been involved in more duet recordings than anyone, having also participated in sessions at least with Chris Anderson, Kenny Barron, Egberto Gismanto, and Hank Jones. Piano-bass duets continue being performed, as two recent CDs illustrate.

Pianist Jeff Colella and bassist Putter Smith recorded together initially in the 1990s. They recently reunited for an album of duets linked by mood, which is mainly subdued, introspective. As a result of the deliberate tempos, one can hear every note and appreciate the interplay between the two men. Colella states the melodies and Smith supports him, always playing pizzicato. While they both solo attractively and together do justice to the compositions, I am most smitten by their conception.

Consider Miles Davis’s “All Blues.” During Smith’s introduction, Colella announces his presence with five spaced dissonant chords. The pianist strikes similar chords at the end of the second blues chorus and a few bars into the third, but also at the conclusion of the performance, which otherwise ends without resolution. That is, his chording constitutes a unifying device, a motif.

Daringly, the musicians draw attention to the briefest selection (3:28) by titling the CD Lotus Blossom. Why daringly? 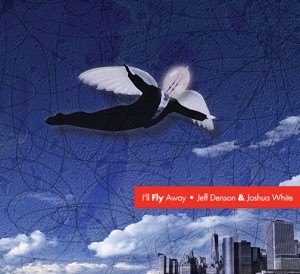 This lovely, simple tune was written by Billy Strayhorn, Ellington’s songwriting associate. While musicians were packing at the conclusion of a recording session three months after the composer’s death in 1967, Ellington sat at a piano and played “Lotus Blossom” unaccompanied, with Strayhorn obviously in mind. Fortunately, the tape kept running so the music was preserved. Probably the most moving performance of Ellington’s long career, “Lotus Blossom” is pure emotion. Because it is, any recording of Strayhorn’s composition will likely be compared with Ellington’s and risk being deemed inferior. Possibly as a result—or because of the inherent nature of the composition--musicians performing “Lotus Blossom” follow Ellington’s example by treating it respectfully, ruminatively. With Smith discreetly in the background, this is precisely what Colella does in his interpretation that, though less deep than Ellington’s, is beautiful nonetheless. It succeeds on its own terms.

While mood characterizes Colella and Smith’s CD, bassist Jeff Denson and pianist Joshua White’s is unified by the nature of the tunes, which are religious in nature. Their CD gets off to a rousing start and concludes with a bang with different versions of “I’ll Fly Away.” (A third version is more restrained.) Raucous and dissonant, these two selections are, with “Just As I Am,” the most extroverted pieces on this release, though other ones have passionate moments. Yet Denson and White also demonstrate an ability to sustain a performance at a slow tempo. For example, their deliberate treatment of “What a Friend We Have in Jesus,” the longest selection, permits the natural beauty of the composition to emerge. Played not quite so slowly, “In the Garden” is similarly attractive, and moving. On all nine tunes the instrumentalists play together, they interact engagingly. Though Denson solos, he is most important when keeping the beat during White’s adventuresome solos. White’s playing sometimes reminds me of Don Pullen’s.

Denson performs two tunes unaccompanied, “Crying in the Chapel” (pizzicato) and “Amazing Grace” (arco). Played slowly, the latter is more impressive than the former. On “Amazing Grace” he makes multiphonic sounds that lead one to wonder if they result from overdubbing. (They do not.) This technique creates great interest in his version of this revered song that, at least for me, long ago entered the realm of cliché, possibly because I have heard it at so many funerals.

Though different in almost every way other than instrumentation and a high level of musicianship, these two CDs delight. With varied selections, the first is similar in mood throughout. With unified selections, the second has a wide range of moods. Both duos make meaningful contributions to the tradition of piano-bass duets possibly initiated by Duke Ellington and Jimmy Blanton in 1940.