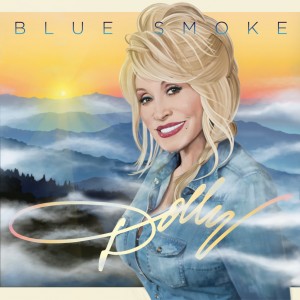 Dolly Parton has done just about everything a person can do in one lifetime, and it doesn’t appear that she’s about to slow down. She still tours, the U.S. and the world. She’s still working behind the scenes at her theme parks, and she is very involved in the Imagination Library, where children are provided a free book every month through the age of five. She has an honorary doctorate, she’s worked with Girl Scouts, she has been in movies, written songs, and been nominated for at least one Tony Award, Emmy Award, Grammy Award…the list goes on Dolly recently released her 42nd studio album. I listened to the review copy for several weeks before it was officially released on May 13. She always has something different to offer her fans. We’re talking about Dolly Parton here. A unique, recognizable voice that can sing any kind of song out there. And, the new album definitely shows us that. The album includes the song “You Can’t Make Old Friends,” which features Kenny Rogers, and “From Here to the Moon and Back,” with Willie Nelson. The album has an old Bob Dylan song, “Don’t Think Twice”. And, the album has nine songs that Dolly wrote. Dolly actually started recording in 1959. She became a huge success in the mid 1960s, putting out hit after hit. When the sound of country music changed, Dolly changed with it. But somehow, she never left the sound of real country music behind. She has the ability to let us hear her gospel sound, her folksy sound, her country sound, and for certain a little of that bluegrass side. You can dance to Dolly’s music, you can sing along with it, you can cry with it. But, whatever reaction each song generates, you are for sure going to enjoy it. Here are the songs you are going to get on this new album:  Blue Smoke, Unlikely Angel, Don’t Think Twice, You Can’t Make Old Friends, Home, Banks of the Ohio, Lay Your Hands on Me, Miss You-Miss Me, If I Had Wings, Lover Du Jour, From Here to the Moon and Back and Try. First time through the album, I had a few favorites. Second time through, I changed my mind, and picked different favorites. But by the third time I listened, I realized there is something to like about each and every one of the songs on the CD. This is one of those albums that will find you are really listening to the lyrics. “Try” and “Unlikely Angel” remained two of my favorites, no matter how many times I listened. Dolly is very convincing when she tells the listener, “And if you fail at first just keep on trying, ‘Cause you are not a failure in God’s eyes, So spread your wings and let the magic happen, ‘Cause you’ll never really know if you don’t try”.

For everything you want to know about Dolly, visit her web site at dollyparton.com. You can follow her on Twitter, too, @DollyParton. Country music news and reviews are always available at www.countryschatter.com, and you will find us on Twitter @countryschatter.