Celebrity Interview with “Razzy Bailey” AKA “The Midnight Hauler” 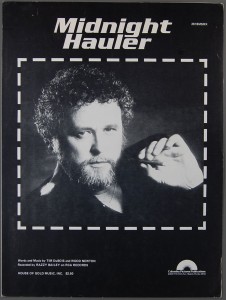 ain’t Jazz…
It’s country music super star “RAZZY BAILEY” ~ AKA ~
“The Midnight Hauler.”
With well over 30 country music Hits under his belt, Razzy is the only man in the world and in all of music history to make a Hit song called –
“Peanut Butter.”
In 1966, Bailey took his material to Bill Lowery at Atlantic Records, who arranged for him to record “9,999,999 Tears” backed by a studio band featuring Billy Joe Royal, Joe South, and Freddy Weller. The song failed to hit the charts at that time, but Bailey was encouraged, forming the pop trio Daily Bread which released a pair of albums on small labels. Another group, The Aquarians, followed in 1972; in 1974, Bailey recorded the album I Hate Hate simply as “Razzy.” It sold over half a million copies before being picked up by MGM Records. 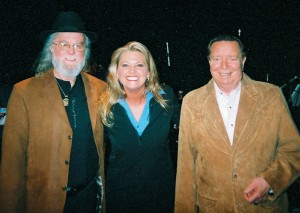 Lee repeated this with another Bailey tune, “Peanut Butter,” which also went into the charts. As his songwriting talents became known, Bailey signed with RCA Records and in 1978 began releasing singles of his own songs. His first hit as a singer-songwriter, “What Time Do You Have To Be Back In Heaven?”, was on the charts for over four months. Bailey charted a total of seven No. 1 singles on Billboard‘s “Country” charts and another eight Top 10 in the late 1970s- early 1980s. His sound combines R&B influences with country; his version of Wilson Pickett’s “In the Midnight Hour” was a country hit. His last country No. 1 hit was with “She Left Love All Over Me” in 1982.

Bailey has had three double sided number 1’s in succession on the Country charts, a feat never accomplished by any other artist.

He also operates Razzy’s Hit House, his recording studio where he is helping other artist with their projects.