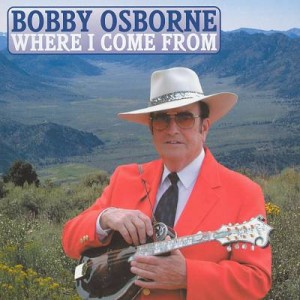 Born in Leslie County, Kentucky, Osborne is known primarily for his collaborations with his brother Sonny Osborne in their band, the Osborne Brothers. He was a pioneer in conceiving the now-popular “high lead” vocal trio concept. He has released many recordings since the 1950s. The Osborne Brothers recordings of “Rocky Top”, and “Kentucky” were named official state songs of Tennessee and Kentucky, respectively. Osborne was drafted into the U.S. Marine Corps in 1951 and served in the Korean War. He was wounded in action and received the Purple Heart.

The Osborne Brothers were made Grand Ole Opry members in 1964, and were inducted into the International Bluegrass Music Hall of Honor in 1994.