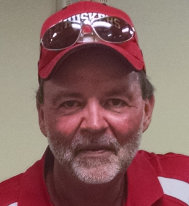 Music Charts Magazine® welcomes Big Al Weekley and “The Big Al Bluegrass Show” for joining us for the 3rd year in a row celebrating International Bluegrass month of May  2015.

Sit back and enjoy as Big Al takes you through some Bluegrass favorites.  Thanks Big Al Weekley for being part of this very special Bluegrass month at Music Charts Magazine®

Al Weekley (“Big Al”) was born in Ravenswood, West Virginia, right next to the Ohio River. Big Al first realized he wanted to be a part of the radio industry in 1987 when the Bluegrass band he was playing with was invited to play a live show at Ohio University’s radio station, WOUB FM.  After the show, Big Al Weekley was watching a disk jockey spin records and spotted the DJ’s manager standing nearby. Big Al mentioned to the manager that being a DJ “looks like fun.” The manager told Al, “it is,” to which Al responded “I’d like to try that someday.” The disk jockey’s manager asked if Al had any experience in radio. Al thought for a second and said, “Yes I do, I just sang and talked for an hour on this show.” Laughing, the manager told Big Al to be back at the radio station the next Sunday. Al worked at WOUB FM for four years. And that is how Big Al Weekley started in radio.

Shortly after beginning his first career in radio at Ohio University, Al had the opportunity to also have his show “The Big Al Bluegrass Show” aired on his hometown radio station, WMOV 1360 AM.

Over the years, Big Al Weekley gained experience through a variety of positions in radio (including the role of music director at WMOV). In 1999, Big Al landed a job at Lexington, Nebraska’s 50,000 watt radio station KRVN 880 AM. Located in the heart of the American agriculture scene, KRVN broadcasts over 16 states. Weekley would go on to host “The Big Al Bluegrass Show” for fifteen years. “The Big Al Bluegrass Show” has also been broadcast on West Virginia’s WOTR 96.3 FM since 2012.

Throughout the years Big Al Weekley has recorded with Dave Dudley, Leroy Van Dyke, as well as a variety of Bluegrass stars and has recently had a song recorded by Bluegrass legend Larry Sparks.  Big Al has been the master of ceremonies for many Country and Bluegrass festivals.  He has been very involved with various charities, community and non-profit organizations to help raise money for those in need.

Fifteen years after starting work at KRVN, Big Al Weekley made a big move.  He left KRVN radio’s 50,000 watt torch in the western skies to move to Grundy, Virginia with aspirations of turning WMJD 100.7 FM into the “biggest little station in the nation.”  Big Al packed his belongings into his Ford F-150 pickup truck and a U-Haul and arrived in the great State of Virginia to carry out his mission.  Eight months later Big Al has done just that.  WMJD prior to Big Al had very little internet/online presence.  Big Al immediately upon arrival went to work in several directions to improve the stations local and regional listenership.  He had the website reconstructed to meet the needs of the current and future along with all social network platforms.  Big Al brought a team of internet gurus into the mix to give WMJD a new facelift.  Upon arrival the station the online listenership doubled.  In the first quarter the FM and online audience both had over doubled and they over doubled again in the second quarter.  Big Al is not only the morning drive DJ Monday through Friday mornings but also has been promoted to Program Director of WMJD 100.7 FM & 99.3 FM where he has injected Bluegrass music into his morning drive show on what was before an only country music show.  Big Al understands the close relationship between Bluegrass and Country music and shares that history with his friends in the Appalachian mountains and online across the world.  Big Al has developed a large European following on top of his American and Canadian following since joining the WMJD team.

Big Al is the first recipient of the Old Time Country and Bluegrass Music Preservation Award which was given to him by the Miles of Memories Country MusicFest in September 2013.  Big Al Weekley was also inducted into the Nebraska Country Music Hall of Fame in 2013 and has been nominated as one of the IBMA Top 5 Bluegrass broadcasters twice in 2003 and 2014. Big Al Weekley stays true to preserving the history of Bluegrass, Gospel and Country music and enjoys sharing the love of music to all that listen.