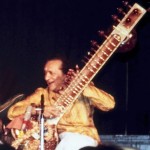 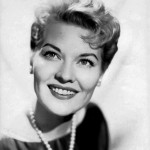 Ravi Shankar 04/07/20 - 12/11/12
Ravi Shankar, (7 April 1920 – 11 December 2012) the world renowned sitarist, passed away from natural causes. Shankar is best known as the man who brought Indian music to the foreground in the West by being the sitar teacher of former Beatles member George Harrison. Ravi Shankar played throughout the world including his famous set at Woodstock in 1969. He was 92. Read more at Wikipedia
Jenni Rivera 07/02/69 - 12/09/12
Dolores Janney Rivera (July 2, 1969 – December 9, 2012), better known as Jenni Rivera, was an American singer-songwriter, actress, television producer, and entrepreneur of Mexican heritage, known for her work within the banda and norteña music genres. She began recording in 1992, and her recordings often have themes of social issues, infidelity, and relationships. Her tenth studio album, Jenni (2008), became her first number-one album in the Billboard Top Latin Albums chart in the United States. In 2010, she appeared in and produced the reality TV show Jenni Rivera Presents: Chiquis & Raq-C. She also appeared in and produced I Love Jenni starting in 2011 and Chiquis 'n Control in 2012. Her acting debut was in the film Filly Brown, scheduled to be released in 2013. Rivera, along with six others, died in a plane crash near Iturbide, Nuevo León, México, on December 9, 2012... Read more at Wikipedia 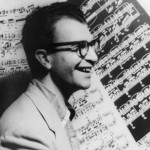 Dave Brubeck 12/06/20 - 12/05/12
David Warren "Dave" Brubeck (December 6, 1920 – December 5, 2012) was an American jazz pianist and composer, considered to be one of the foremost exponents of progressive jazz. He wrote a number of jazz standards, including "In Your Own Sweet Way" and "The Duke". Brubeck's style ranged from refined to bombastic, reflecting his mother's attempts at classical training and his improvisational skills. His music is known for employing unusual time signatures, and superimposing contrasting rhythms, meters, and tonalities... Read more at Wikipedia 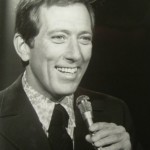 Andy Williams 12/03/27 - 09/25/12
Howard Andrew "Andy" Williams (December 3, 1927 – September 25, 2012) was an American popular music singer. He recorded seventeen Gold and three Platinum-certified albums. He hosted The Andy Williams Show, a TV variety show, from 1962 to 1971, as well as numerous television specials. Most recently, he performed at his Moon River Theatre in Branson, Missouri, which was named after the Johnny Mercer and Henry Mancini song "Moon River", with which he is closely identified... Read more at Wikipedia 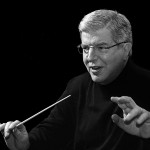 Marvin Hamlisch 06/02/44 - 08/06/12
Marvin Frederick Hamlisch (June 2, 1944 – August 6, 2012) was an American composer and conductor. He was one of only eleven EGOTs – those who have been awarded an Emmy, Grammy, Oscar, and Tony. He was also one of only two people to have won those four prizes and a Pulitzer Prize (the other being Richard Rodgers). Hamlisch also won two Golden Globes... Read more at Wikipedia 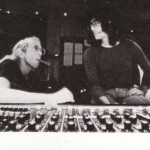