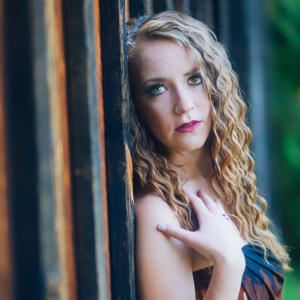 I enjoyed Uncle Earl’s world and I’ve kept his secret all this time.
Earl died some years back, so I guess it’s safe to tell now.

Some people have character.
Earl Blanchard was probably a reincarnated pirate.
His face, one eyed and scarred,
wore an expression of jovial roughness.
His medium height frame carried a stocky mass of muscle,
which in his middle age was taking on a comfortable roundness.

He had the big voice, jutting jaw, and bull neck of a football coach.
I’m sure he could put his head through his collar without undoing the button.
His hands were pudgy rocks,
and his artificial leg gave him a distinctive limp.

The family laughed a lot when he came to visit.
Tensions were loosened while bottle caps popped and jokes were told.
I liked him. They used that against me.

My family thought I was being influenced by my bummy gang of friends.
They didn’t know I was the leader.
They wanted to get me away from said bums to nip my budding delinquency.

I should have suspected
when the laughter from the kitchen turned to whispering.
They were planning to send me with Earl  on one of his business trips.

I knew his work involved horse racing,
which seemed more attractive than the nagging at home,
and my family was sure he could straighten me out.

We left at dawn in his beat up station wagon,
loaded down with horsey gear, blankets, bridles,
blinders, medicines, salves, and so on.
The smell of leather was strong.
I drove while Earl philosophized.
I thought he was witty and responded with a lot of chuckling.

We stopped for a beer in a place where everybody knew him,
and nobody questioned my age.

At the Hamburg Raceway I learned that Earl was a traveling salesman,
selling equipment to horse owners on his regular rounds.
Everywhere we went they smiled and waved when they saw Earl.
He seemed to care more about socializing than about profit.
Often they’d just buy a small item from him as a friendly gesture,
or maybe in payment for the fresh jokes and inside news he dispensed.

Sometimes they’d whisper about me,
and I’d get an offer to stay and spend a few days, which I would decline.
Warm good-byes, and we’d be on our way.
I wondered if I could ever get used to the smell of stables.

For some reason we took the old narrow roads across New York State.
Our route wound through the Catskills,
the land of Ichabod Crane and the Headless Horseman.
It was a peculiarly beautiful area,
where a strange mist haunted every hollow in the early morning.

Just outside Saratoga he told me to turn into a gravel road,
past a “No Trespassing” sign,
and up a mountainside to a rambling brick house with gingerbread trim.
We rang the door chimes and heard barking.

Mrs. O’Hagen was a large white-haired woman
with harlequin glasses and a brusk manner.
She and Earl were an unlikely pair, but seemed to hit it off.

She had two blind Boston Terriers and a foreign maid.
The dogs ran and played all over the house,
until one day a new housekeeper moved some furniture,
and the poor dogs were bouncing off walls.
I love dogs.

The three of us took off in a Jeep for a tour of the ranch
in the chilly mountain air.
We drove for miles through forests and hills,
without ever leaving the O’Hagen property.
Groups of racehorses ran wild, to be rounded up later.

That evening we rode to the racetrack in Mrs. O’Hagen’s Cadillac,
which she drove with a vengeance,
never once dimming her lights for the oncoming peasants.
At the track, naturally, everybody knew and liked Uncle Earl.

I don’t think the tour straightened me out,
but it might have benefited my friends.

Earl’s secret was this:
Selling equipment was not his real job.
He was a race detective, an undercover man for the Racing Association.
His many friends who mourned his passing never knew,
but he was keeping his eye on them.