In the 60’s we mixed almost everything down to stereo and to mono.
The mono was specifically for 45 radio singles.
We ran two tape recorders at once… one mono and one multi-track.
The mono was for AM radio play,
and was considered the more important mix.

The original master tapes sounded beautiful and rich…hi-fi.
When they were mastered for AM radio, which was mono,
they were much lower quality. Here’s why:
First the singles were reduced to midrange,
where the human hearing is most efficient… like the CB radio frequencies.
This gave them what we called “apparent loudness”.

Then they were run through compressors and limiters,
clipping off a lot of the sound,
in order to make your record sound louder on the air.
This became a rat race, because everybody was doing it,
so the integrity of the original music was lost…
flattened and pounded and cookie-cut into lo-fi commercial radio singles.
The LP albums were usually stereo and much better in sound quality.

Recording back then, when we started, was not so primitive.
We sang into Telefunken condenser mikes,
we had 3 or 4 track wide tape running then at 15 inches per second.
We had several kinds of reverb…including elaborate echo chambers.
These were highly engineered, shellacked rooms,
with a speaker at one end, and a movable condenser mike on a track.
No two flat surfaces were parallel to each other.
This was to prevent standing waves, and let the echo keep repeating.
They sounded as good or better than today’s digital echo/verbs,
but a lot of conservative producers were afraid of them.

So…
people made fine masters, released crappy singles,
and the public accepted the system because they were trained to.
Now people think that was the way music sounded back then.
It was better than that.

John Symon Asher “Jack” Bruce (14 May 1943 – 25 October 2014) was a Scottish musician and composer, known primarily as a member of the British rock trio Cream.

He maintained a solo career that spanned several decades, and also played in several musical groups. Although particularly famous for his work as a vocalist, bass guitarist, and songwriter, Bruce also played double bass, harmonica, piano, and cello. He was trained as a classical cellist, and considered himself a jazz musician, although much of his catalogue of compositions and recordings tended toward blues and rock and roll. The Sunday Times stated “many consider him to be one of the greatest bass players of all time.”

In July 1966 Bruce, Eric Clapton and drummer Ginger Baker founded the power trio Cream, which gained international recognition playing blues-rock and jazz-inflected rock music. Bruce sang most of the lead vocals, with Clapton backing him up and eventually assuming some leads himself.

With his Gibson EB-3 electric bass, Bruce became one of the most famous bassists in rock, winning musicians’ polls and influencing the next generation of bassists such as Sting, Geddy Lee and Jeff Berlin. Bruce co-wrote most of Cream’s single releases with lyricist Pete Brown, including the hits “Sunshine of Your Love”, “White Room”, and “I Feel Free”. Cream broke up in 1968.

Bruce died, from liver disease, on 25 October 2014, in Suffolk, England, aged 71. His publicist Claire Singers said: “He died today at his home in Suffolk surrounded by his family.” He is survived by his wife, Margrit, as well as four children and a granddaughter. 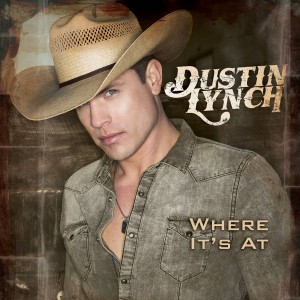 Dustin Lynch is no stranger to country music. His number one, self-titled debut album produced  three top 40 hits, including “She Cranks My Tractor,” Wild in Your Smile,” and Cowboys and Angels,” which landed in the number two spot for the country newcomer.  His sophomore album was released on Sept. 9, and his first single from that album, “Where It’s At (Yep,Yep)” already garnered a number four hit, and reached number one on the U.S. Country Airplay Chart.

There are 15 songs on the new CD. Along with “Where It’s At (Yep,Yep)”,  you will get Hell of a Night, To the Sky, Halo, After Party, Mind Reader, Where We Want It, She Wants a Cowboy, Sing it to Me, All Night, Middle of Nowhere, World to Me, What You Wanna Hear, Your Daddy’s Boots and American Prayer.

“She Wants A Cowboy” became my immediate favorite as I listened to the songs. I hope Dustin will consider releasing that one as a single. There was nothing on the album that I didn’t like, and there was nothing on the album that doesn’t fit in with what we are used to hearing Dustin do. This is one artist who really needs to keep doing what he is doing now. It is a sound that not only works for him, but it works for country radio. He is as country as he needs to be for today’s market, and definitely country enough to keep the cowboy hat on.

“Sing It to Me” is another song that is unquestionably ready for the radio. Like “She Wants a Cowboy,” Dustin had a hand in writing “Sing It To Me.” There were some early Dustin Lynch songs that will never be among my favorites, but it seems he has left things like “She Cranks My Tractor” in the past. He’s growing both in his writing, and in his performing skills. He seems to be doing everything right these days.

The album closes out with “Your Daddy’s Boots” and “American Prayer”. They are both slow to mid-tempo, both great stories, both songs that will get you thinking yet, the subject matter in both songs is completely different. Dustin has a great mix on this album. It’s all good country music. “Hell of a Night” and “To the Sky” start the album off in the first and second spot. While these are fast, and you might want to turn the volume up on them, they are still country enough that I don’t think they fall into a ‘rock’ category. For me, that’s a good thing.

“It’s where I am as a person and an artist,” Dustin told Rolling Stone Country. “All the songs on the record are moments I’ve captured and pull down. They were inspired by my excitement for life. So [the album title] Where It’s At sounds pretty perfect”.

You can find out more about Dustin and his music on his web site, dustinlynchmusic.com. And for all the latest country music news, check out countryschatter.com.  You can follow Dustin on Twitter @dustinlynch. As always, we invite you to follow Country’s Chatter on Twitter, too. We’re @countryschatter.​